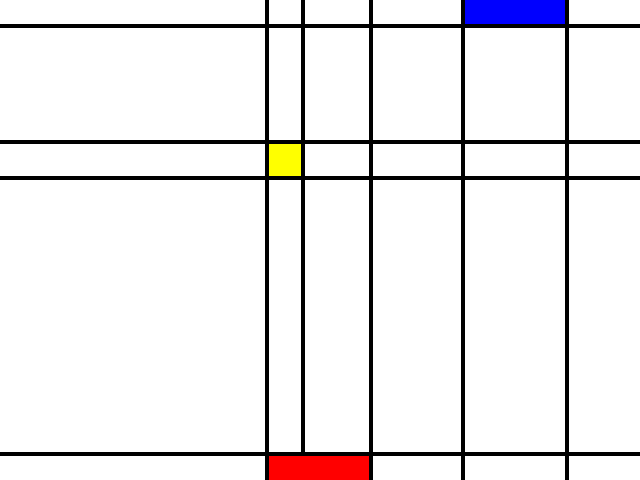 Pondrian is a series of games that I made to test SDKs and programming languages, the first one actually was not a Pondrian, it was Paddle Wars 3000, that spawned another series on its own right.

Paddle Wars 3000 was made while I was still in college, it was made to learn XNA, made mostly in one week.

The first Pondrian was made in 2011, I just joined a new company as R&D director for mobile projects (mostly iPhone), and decided to test Sparrow SDK in a particularly boring day, I made the first Pondrian in four hours. Because of where I made it (inside a company, using company tools) I cannot ever release that one.

As most notable feature, Pondrian 1 feature “curved” paddles, this was inherited from Paddle Wars 3000.

Pondrian 1 had no sound, and no special effects, just the basic gameplay.

As notable gameplay feature, Pondrian 2 allowed you to “hit” the ball harder with the paddle, it was a fun feature, but made the came too complex and risky, it was very easy to lose trying to hit the paddle, and hard to win without doing it.

Pondrian 3 was made in 2014 with the intention of the public actually seeing it, so it has better presentation (including sound and some visual effects), and was made at home, using tools that have nothing to do with any company (in this case Allegro 5, and C language, NOT C++).

Pondrian 3 I removed most of the complex gameplay of previous games that made them fun only in short term, and instead put a random speed increase on the ball (so the longer the ball is in play, the faster it go) and made the AI difficulty dinamic (as you keep winning, it gets harder, lose to much, it gets easier). Sounds react to the score difference, getting higher pitched as the game gets harder (because you are winning) or lower pitched when the game gets easier (because you are losing).

Pondrian 3 is also Free Software, you can get its source on GitHub

By the way, musicians are wanted for Pondrian 3, if you want to make suitable music, enter in contact!

I code and make games. I also like geopolitics, history, science and martial arts.